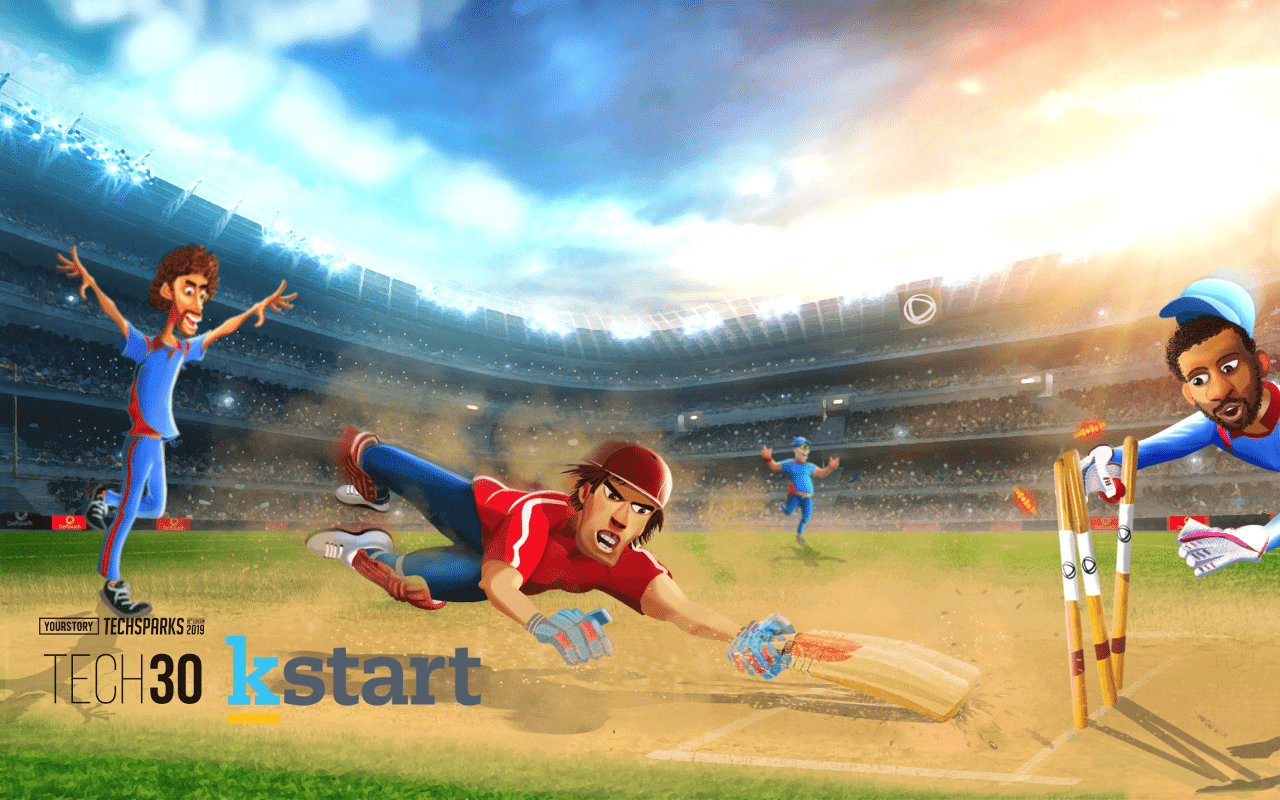 Sound feedback is essential to a successful user experience. It’s useful in sharing the status of a user’s action, in preventing errors, and in equipping the user to recognize, diagnose, and recover from errors.

We used crowd neutral, crowd high and crowd low rave sounds to provide feedback the user per shot. It communicated the outcome of every ball. We recorded in house, chants such as “RCB…RCB…” for users who chose IPL teams.

We needed to define the space in the 3d world and for cricket we had to communicate the large space of a hyperactive crowd. Our sounds were designed to replicate the feel of a sports arena.

One of the key things to manage for UX in 3d spaces is managing attention. Too many visual elements movement can result in change blindness which is where the user/player while immersed in one task fails to notice others.

This can be solved by designing sounds to draw attention of the user without causing visual fatigue.

We used various sounds to ensure the play mechanic was very immersive experience. Micro sounds such as pants of the bowler ruffling, shoe to pitch friction, dust, ball pitch, contact with the bat were designed.

When an action happens – such as a character moving, using an ability, or the player selecting something in the UI – we need to hear something that seems “appropriate” concurrently. This helped promote immersion.

We understood that transition was a primary factor to communicate to the user that we are moving into something new and the visuals displayed on the screen were vital information that will need to be understood in order to use it in the upcoming scenarios.

Hence the sounds were added based on the user journey map where we were able to plot the emotions discovered on the player persona. 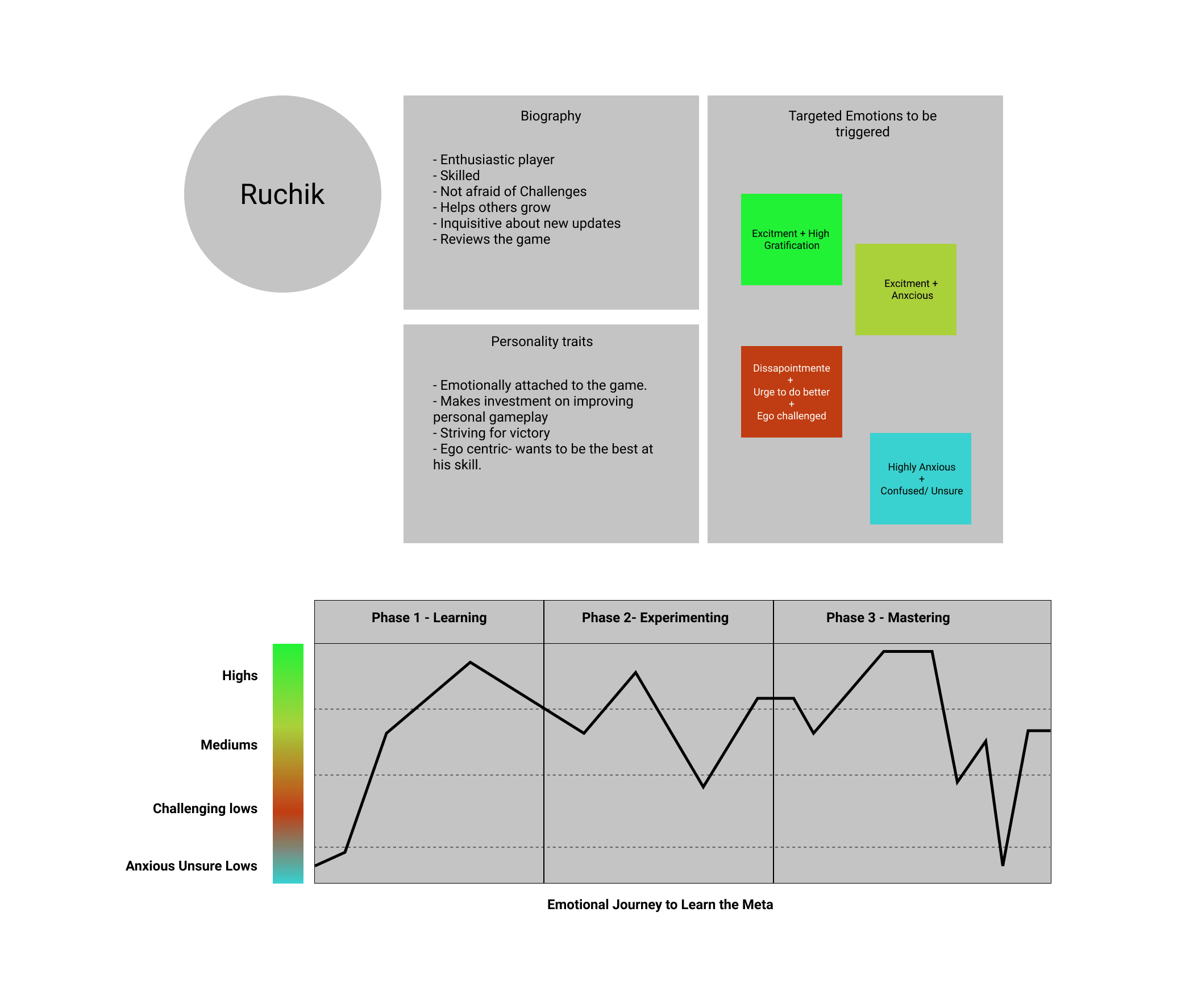 When designing game systems I considered the tangible outcomes. I considered what I wanted the players to experience. I had to understand the context of the product to the player and extract the high points, Low to High transition, Lows coupled with Poking Ego, Very Low - Keep to minimum- Convert to Low to High Immediately.

Journey map let us plot the various touchpoints where we could use sound to influence player emotion.

Types of sounds we planned 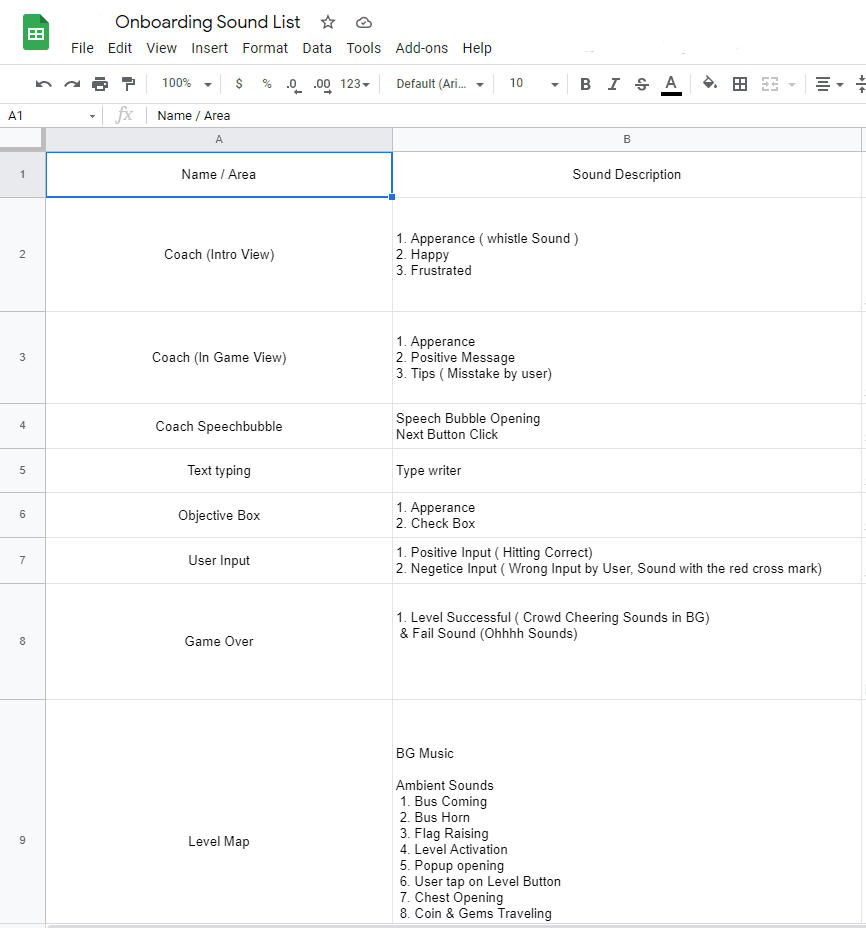 Above is a sample document of how we planned sounds for the onboarding system. 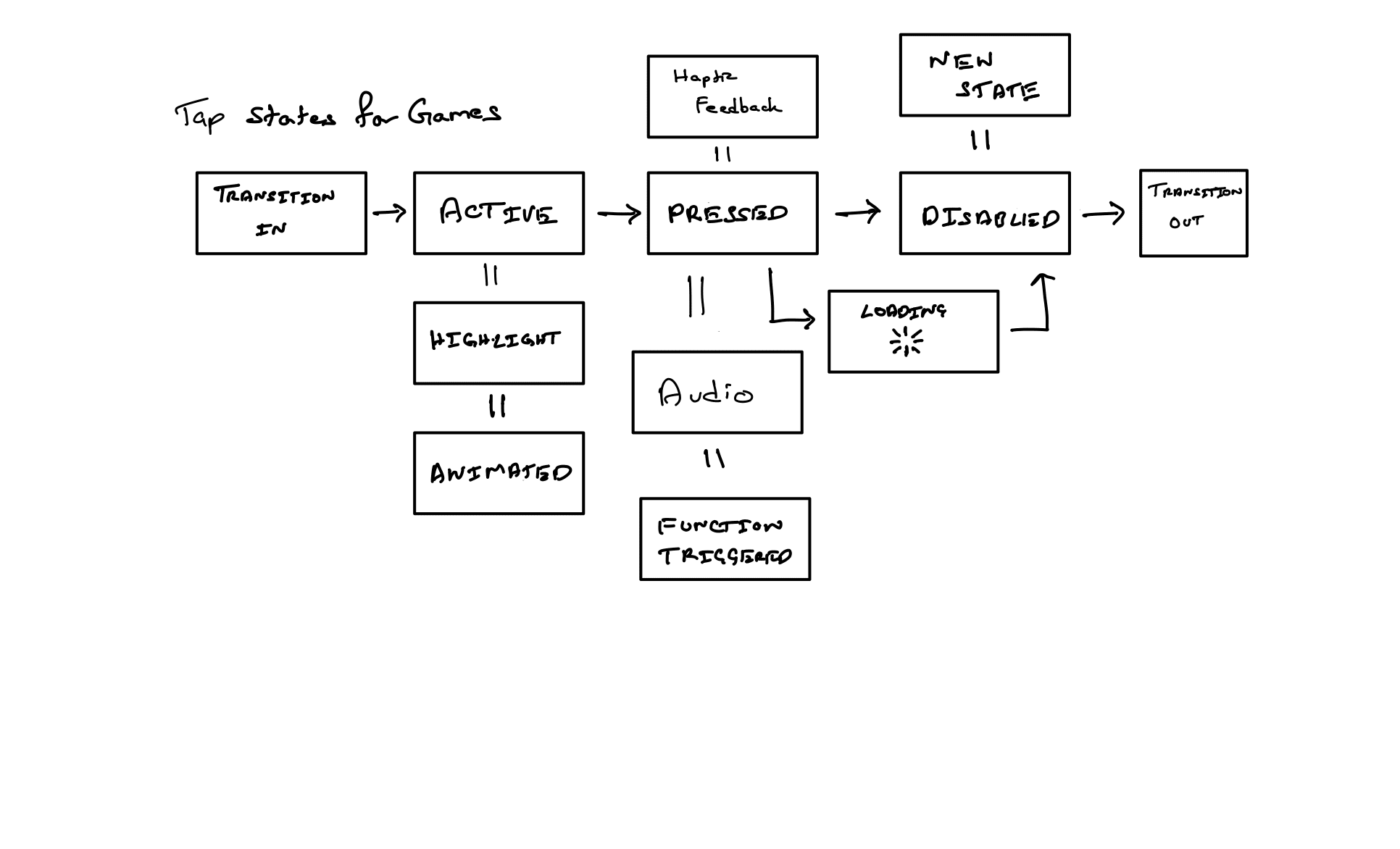 Above is a sample state chart of when exactly the sounds should be triggered in a state machine diagram.